“Carrying coals to Newcastle” is, to this day, the idiom of choice for futility in life and business. The coastal English city, after all, sits over once-rich coal seams, the natural resource advantage that arguably helped Britain become the nexus of the industrial revolution, and even helped extend its world-bestriding colonial might.

But coal, like the British Empire, isn’t what it used to be: Britain’s National Grid announced on Friday that the home islands had gone a full 24 hours without using electricity derived from coal. According to the agency, that hasn’t happened since the opening of the world's first coal-power plant, Thomas Edison’s Holborn Viaduct station, in London. That was in January of 1882—nearly 135 years ago. 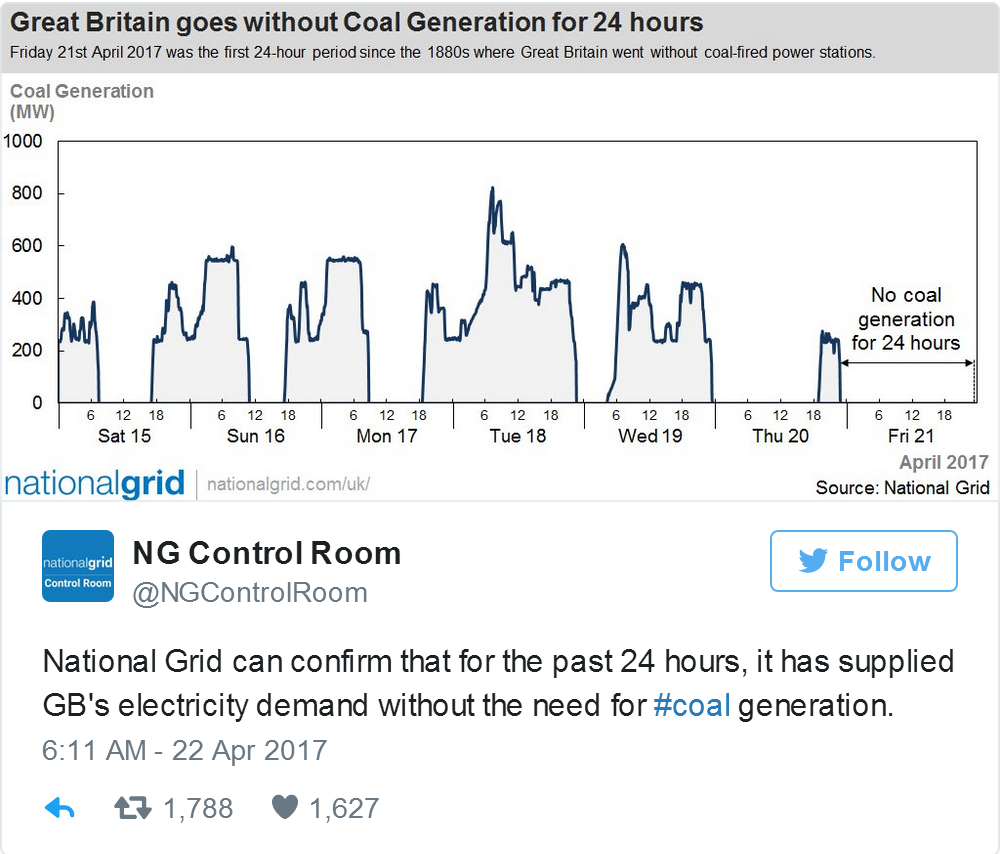 The coal-free interlude is emblematic of a dramatic broader rollback of coal consumption in both Britain and the U.S. Only 9% of Britain’s electricity came from coal in 2016, down from 23% in 2015, according to The Guardian. Stateside, 2016 saw a stunning 18% dropoff in energy production from coal.

That trend is almost certain to continue, as both natural gas and renewable energy become cheaper and environmental regulations tighten. Britain’s climate change goals include a plan to shut down all coal plants by 2025.That final transition won’t come entirely easily, though. The main obstacle to the complete elimination of coal power is its still-vital role in “peakers”—plants that can be easily turned on when demand is at its highest. Spring, with mild temperatures and ample sunlight, makes peaking less necessary. But making it through winter and summer without coal will, in most locales, require revamping the power grid, such as with large-scale battery storage.